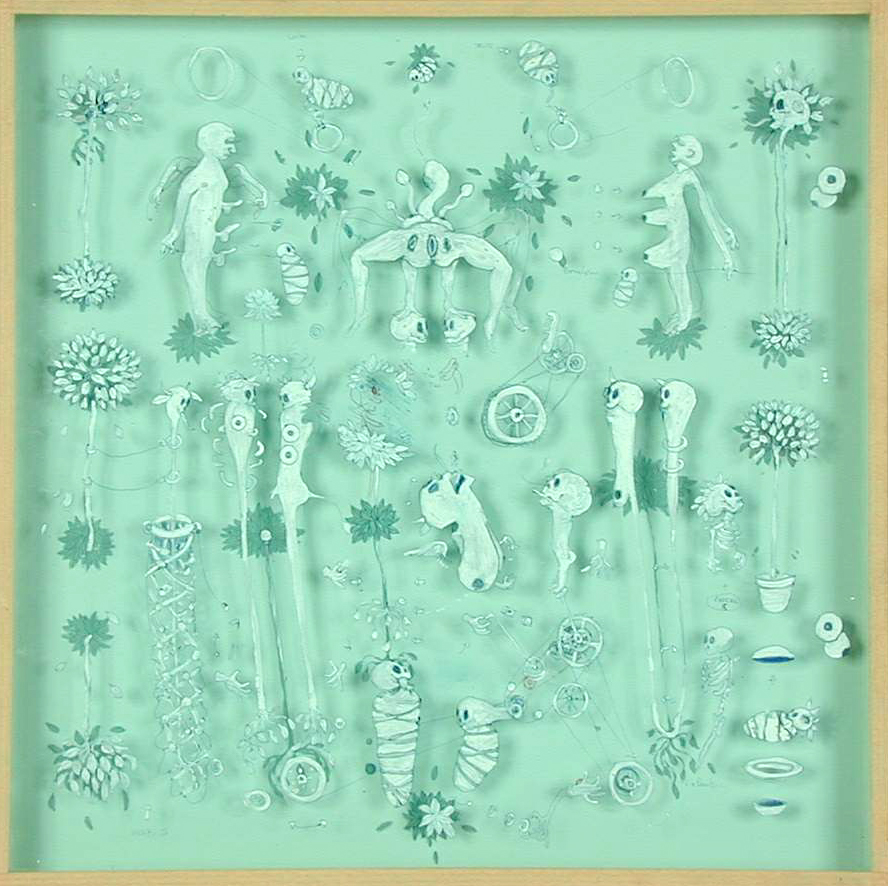 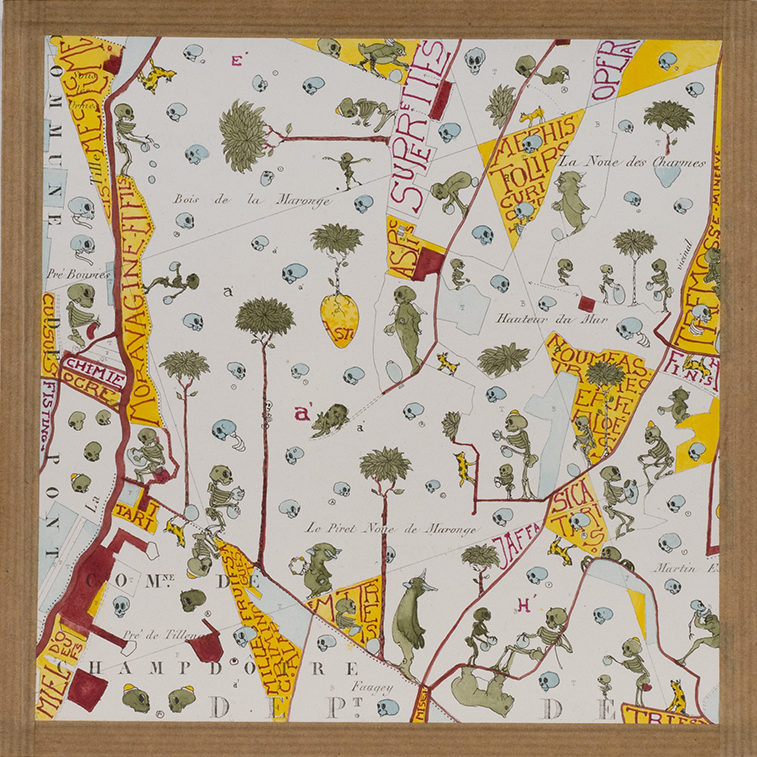 Ink and watercolor on map, wood 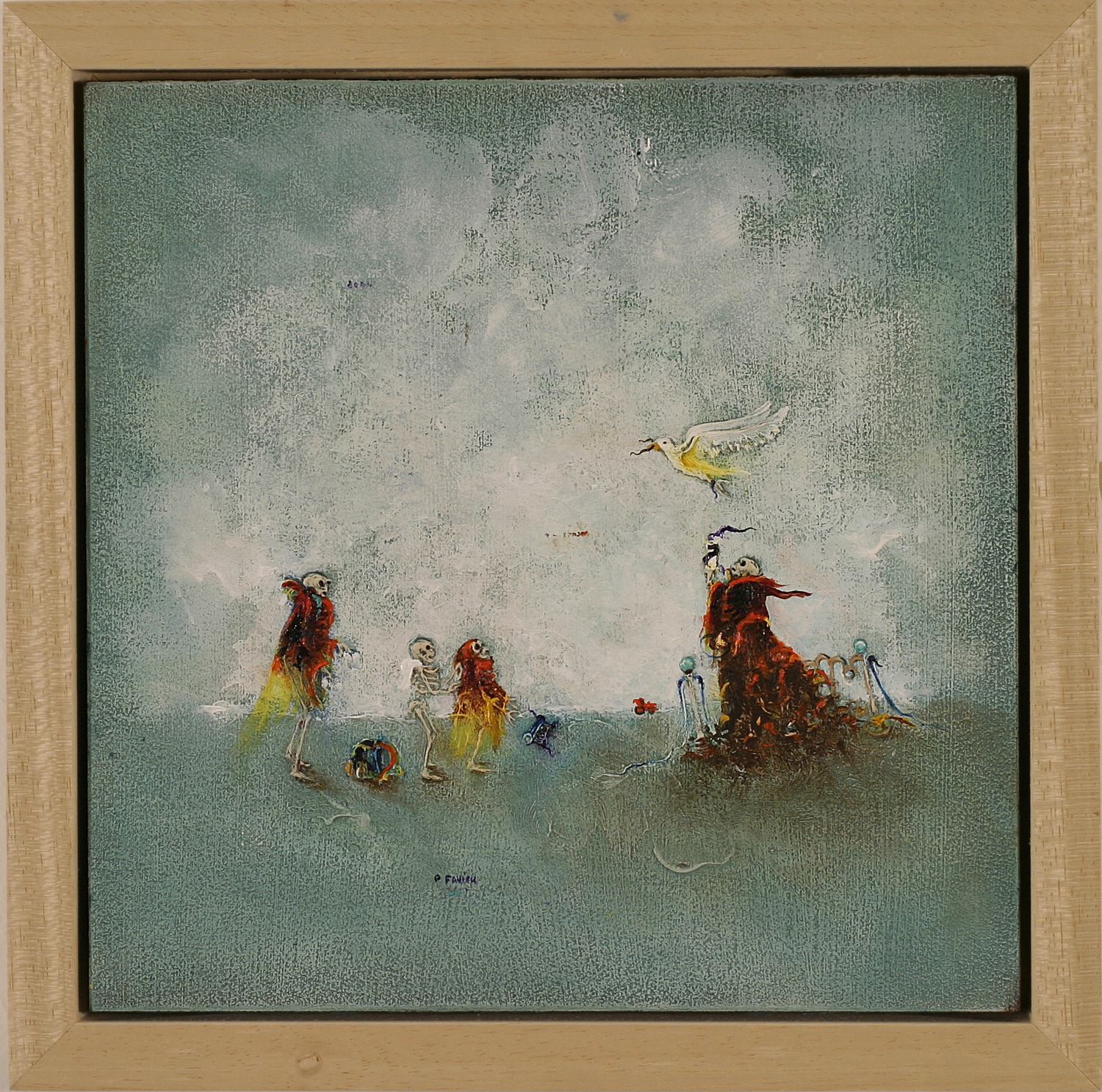 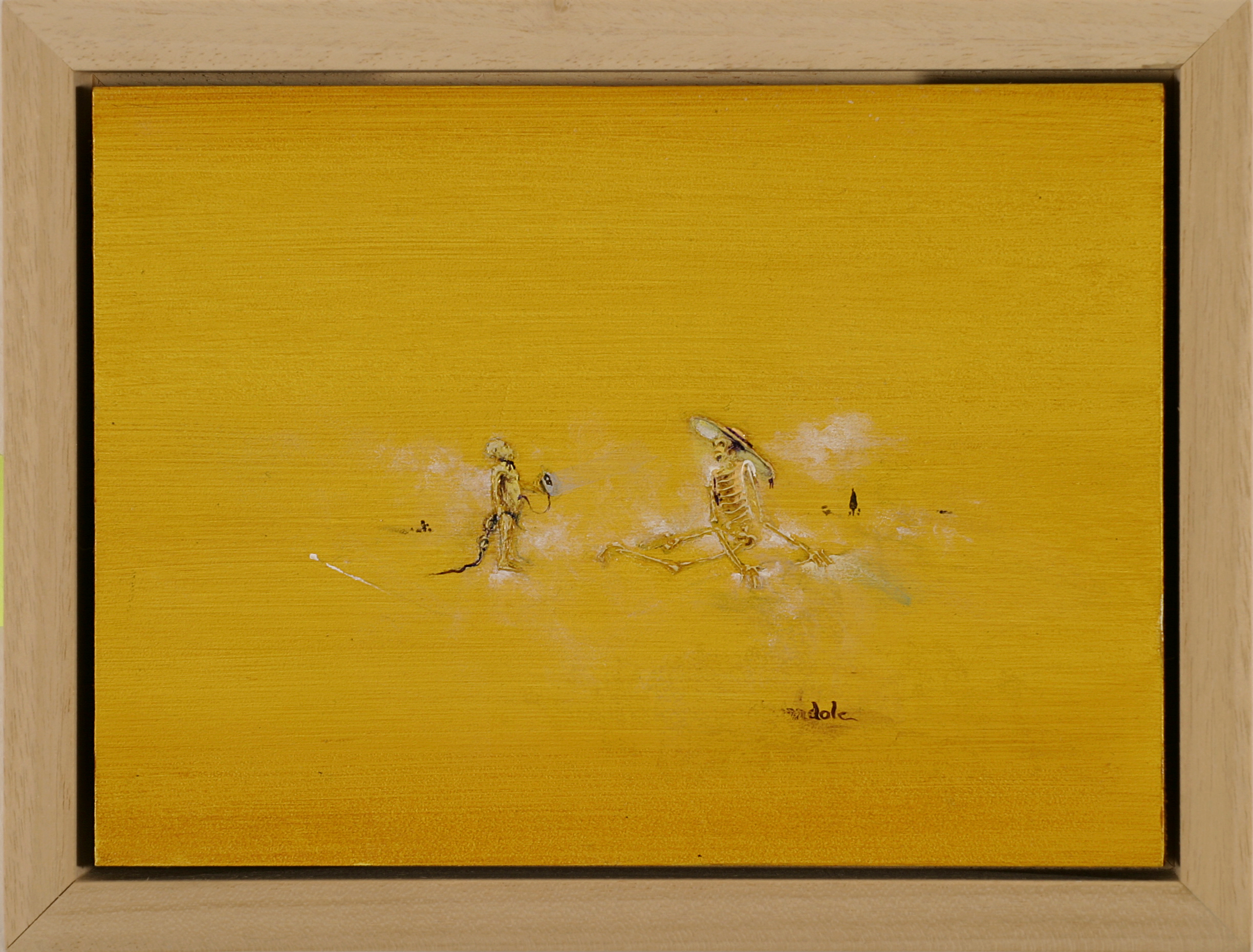 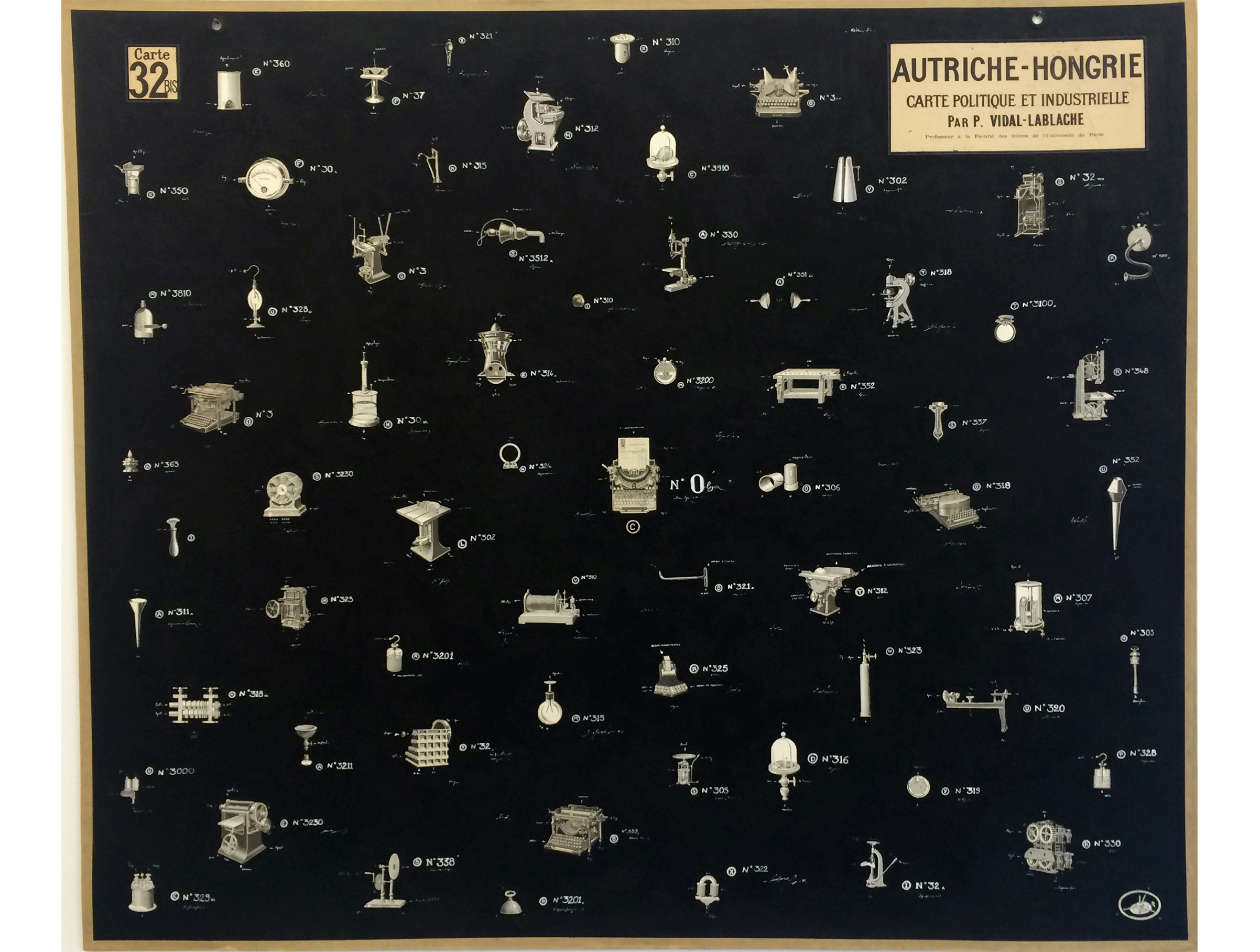 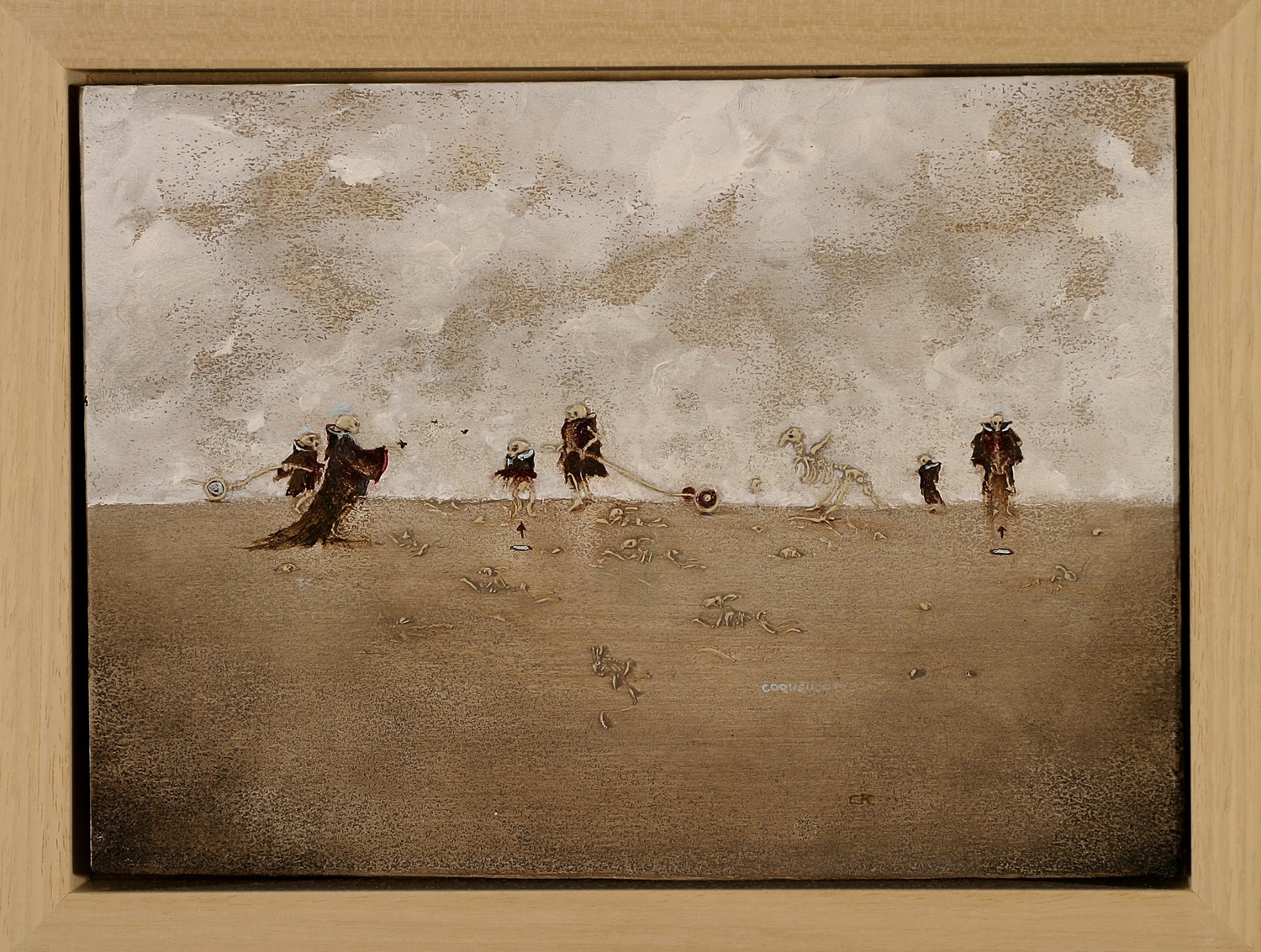 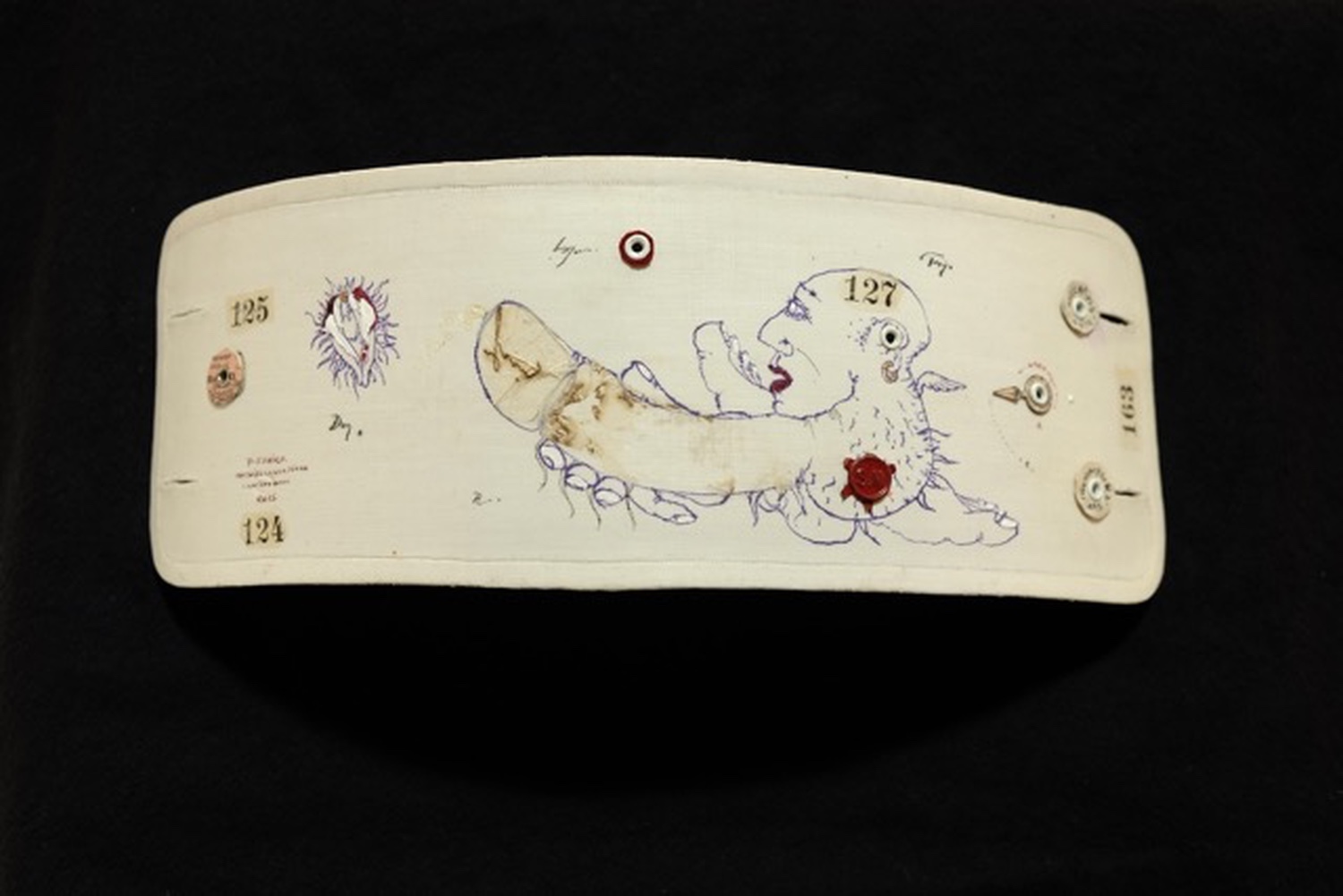 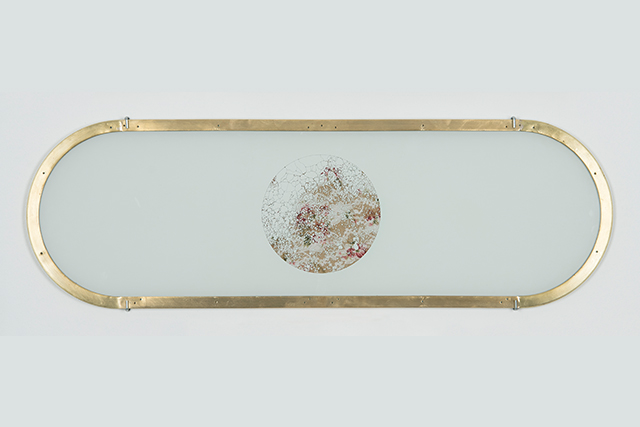 Painting and collage under glass 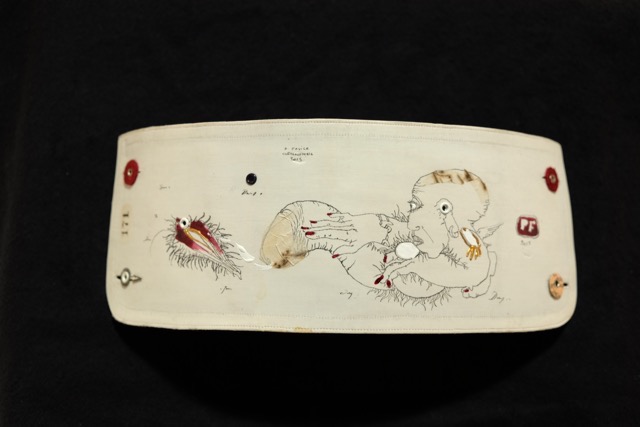